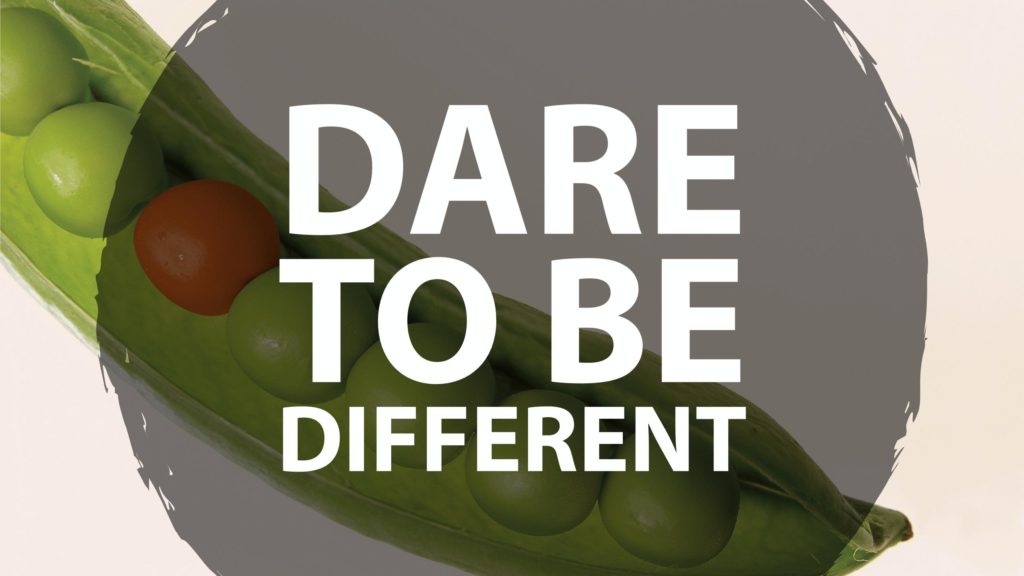 Dare to be different because everybody wants you to be the same.

To start off this article, let me share with you two stories to illustrate this point.

A Crab in a Bucket1 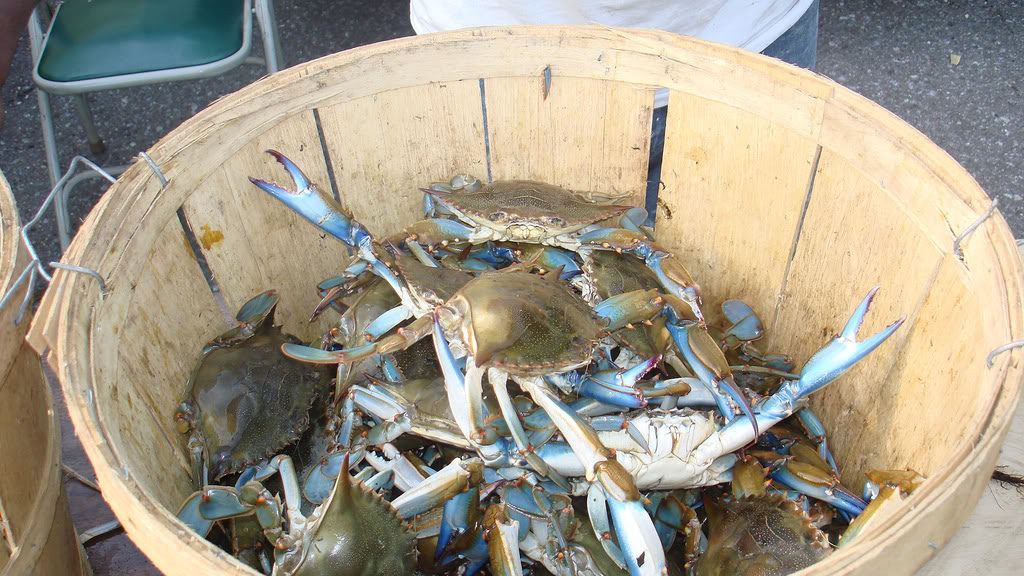 Once there was a young man on a beach, watching people catch crabs. A young man put a crab in a bucket, with a tiny bit of water on the bottom. The crab promptly scurried out of the bucket and jumped back into the ocean.

He caught another crab and put that crab in a bucket and the same thing happened. It escaped and happily returned to the ocean. A wise old fisherman came up to the boy and put his hand on the boy’s shoulder.

A wide smile crossed his weathered, bearded face and he said, “Son, you have to put two crabs in a bucket. That way, when one tries to get out, the other will pull him back in. Then, you won’t have to worry. They’ll keep each other in that bucket. They’ll be trapped, without you having to do anything else.”

Five Monkeys and a Ladder2 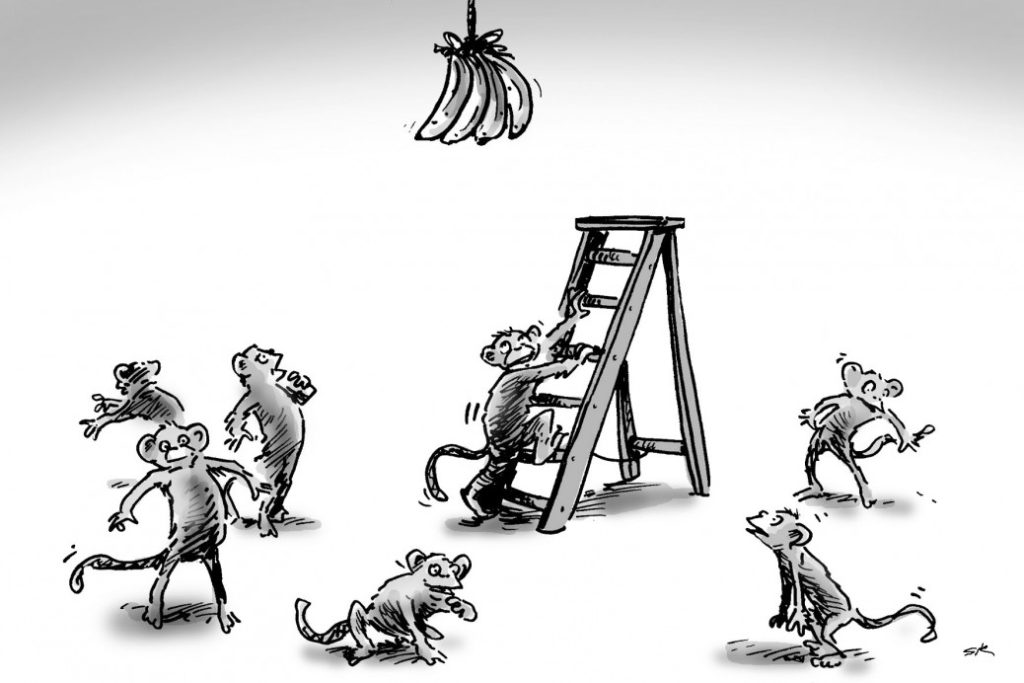 A group of scientists placed five monkeys in a cage and in the middle, a ladder with bananas on top.

After a time, no monkey would dare try climbing the ladder, no matter how great the temptation.

The scientists then decided to replace one of the monkeys. The first thing this new monkey did was start to climb the ladder. Immediately, the others pulled him down and beat him up.

After several beatings, the new monkey learned never to go up the ladder, even though there was no evident reason not to, aside from the beatings.

What was left was a group of five monkeys that, without ever having received a cold shower, continued to beat up any monkey who attempted to climb the ladder.

If it was possible to ask the monkeys why they beat up on all those who attempted to climb the ladder, their most likely answer would be “I don’t know. It’s just how things are done around here”.

Most of the time, people do this out of a good intention. It’s not that they want to “put you down” or consciously dissuade you from doing certain things. They’re just sharing based on their personal experience and don’t want you to get hurt because “It’s just how things are done around here.”

To share with you a personal example, when I first embarked on my book publishing journey, I was told many times over not to do it because I lacked both the experience and credentials. I did it anyway and it turned out to be the best experience and the most significant milestone of my life.

Were they wrong?  I don’t think so.

Where did the advice come from?  It came from a good place, based on their knowledge and experience.

From this, I started to understand how to take advice with a pinch of salt. They’re not me. They’ve not been through what I’ve been through and/or are going through. They don’t live my life.

Ultimately, I make my own decisions and answer to its consequences because only I know what’s best for me.

Don’t get me wrong, it’s important to seek out mentors and learn from people who are already at where you’re heading towards to learn from them. The message I’m trying to convey here’s that you don’t have to listen to everybody and doubt what you’re actually in the process of doing.

An important skill I’ve learned through this is on how to agree to disagree. As a people-pleaser and a yes man, I find this extremely hard to accomplish.

How I attempt to put this into practice is to keep an open mind and listen to one’s opinion before making a decision whether what they have to say is useful to me or not.

Besides this, I’ve listed another three ways to help you embrace your uniqueness:

1) Whatever You Think, Think the Opposite

Instead of expecting others to be or think like you, take the lead by practicing thinking differently for yourself first.

Whatever You Think, Think the Opposite is a book written by Paul Arden and he shared really interesting concepts on how thinking the other way can help you achieve greater goals.

Constantly challenge your thought process and start thinking in the opposite direction.

I attended an event last week and a Chief Marketing Officer taught our group that before being able to think out of the box, we must first find it.

In order to “think out of the box”, you must identify what “the box” actually is. Is it a problem that you’ve wanted to solve for the longest time? Or is it some answers you’ve been searching for but always hit a dead end?

“The concept of fresh eyes” is another interesting way to put this point into context.

Start so see each scenario from various angles and perspectives before making a conclusion. This enables you to have a multi-dimensional overview for every given situation. It also allows you to have a bird’s eye view of exactly what’s going on in order to piece together to conclude what your “box” really is.

3) Go Against the Grain

Take a closer look at nature and there are some lessons to be learned.

In this article “Facing Fear – The Courage to Swim Upstream3“, the author shares the journey of a salmon and how it relates back to your life. You were born with the ability to swim against the current. Resilience and perseverance is part of your nature.

Over the course of life, perceived obstacles and challenges threaten your survival and disorientates your direction. Before you know it, you’re unconsciously being swept away with the current of life.

Why try so hard all your life to fit in when you were born to stand out?

You know what you need best and by taking the road less travelled, it’ll give you the courage to dare to be different in spite of knowing that everyone else wants you to be the same.

Dare to be different. Don’t let anyone tell you otherwise.

1How Being a Crab in a Bucket is Causing You to Fail
http://sherievenner.com/2013/crab-in-a-bucket-causing-fail/

2The Famous ‘Social Experiment’: 5 Monkeys and a Ladder
http://www.wisdompills.com/2014/05/28/the-famous-social-experiment-5-monkeys-a-ladder/

Crabs in a Bucket
http://anythingispossiblefitness.com/wp-content/uploads/2013/11/crab1.jpg

2 thoughts on “Dare to be Different”

My name is Ranford and I am passionate about life.

I believe that every one should live to the fullest potential, share their unique gifts and talents to help others and make this world a better place.

I enjoy learning and growing as a person and the best way to do so is through entrepreneurship and humanitarian work.

If you share the same values as I do, let's get in touch and see how we can work together to create a better future for ourselves and the people around us.

I look forward to hear from you soon ;)